This will be a short blog:
What did I do today? The same as yesterday!

Ok, a few things were different. First of all I woke up in Daegu. Given the fact that the mattress feels like only the metal core, I slept surprisingly well and actually turned of my alarm to continue sleeping. I didn’t take of my clothes, because the bed is a little disgusting and sheets are not offered, so that may have helped with the hardness. When I then woke up I decided to cancel breakfast (the was 3 slices of dry toast, so even if I had touched them, they wouldn’t really deserve the title “breakfast”. I have added a few pictures of the hostel below.

I went directly to the subway, got to the train station and went to Daejeon to pick up the passbook. The train system works really well here, with a train going through the whole country every 10-15 minutes or so. After a ride with the subway and a short walk I was back at KAIST. From now on it’s more or less the same. I went for lunch and afterwards to the bank, only this time I got the passbook BACK instead of having to leave it. Lesson learned: Only get cash with the passbook during the banks opening hours, such that they can take their tray with keys, pull out the ATM, open it, give me back the passbook and close it again. I used the opportunity to return all the coins I had collected during the last 4 months.
Then I left KAIST, but now for real, without coming back. The last pictures of Daejeon: 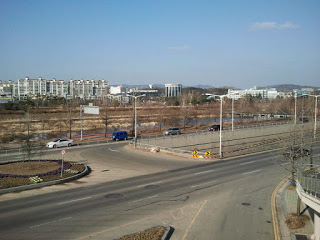 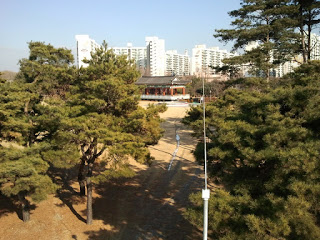 The journey was the same as yesterday without the luggage and 30 minutes earlier. For some reason both yesterday and today there were massive police presence at the train stations. In Daejeon there was also a gathering. The number of police shown in the picture below was at every corner of the train stations and more outside, for no obvious reason… 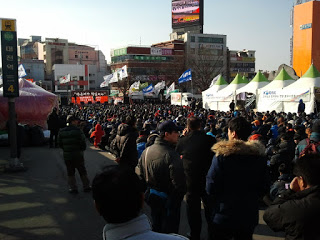 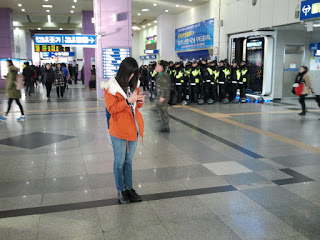 Back in Daegu I went to a spot on the map which looked like there would be a small mountain. This was actually the location of the Daegu tower and the most beautiful outlook: 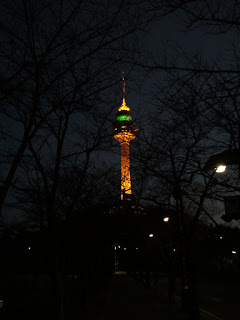 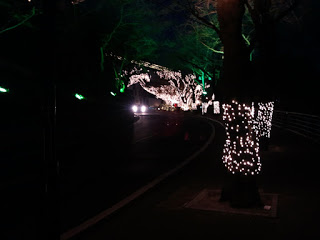 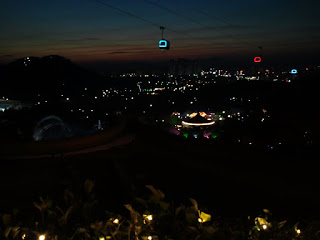 Given you are all too busy with Christmas tomorrow, I wish you all a great time with families, friends, strangers or alone. 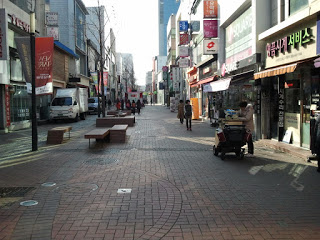 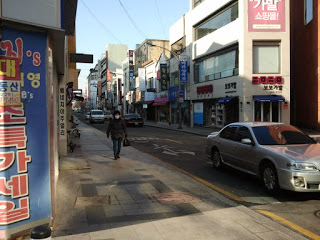 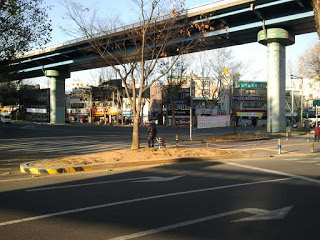 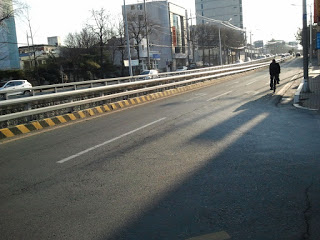 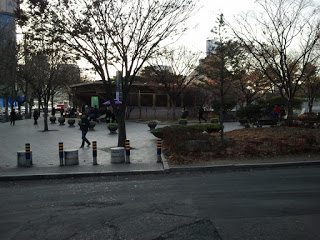 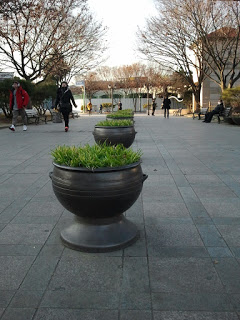 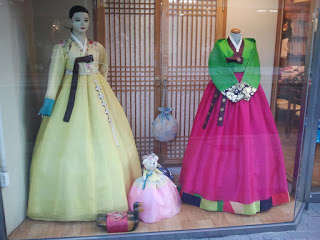 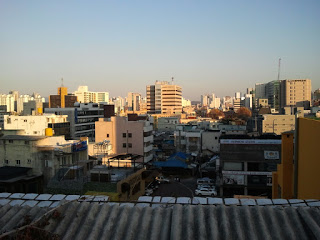 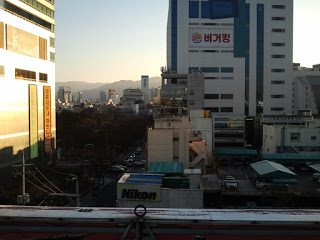 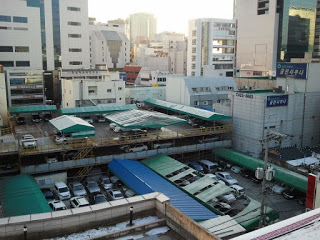