I started inline skating when me and my sister got inline skates for Christmas when we were 8 and 6 years old, respectively. We used them a lot, but they eventually became too small and the interest was not big enough to wish for new. After testing some other sports, like athletics and football, I eventually got back to inline skates, because I found running on foot so boring. I borrowed my parents inline skates and started skating and got new skates short after. I then met a bunch of speed skaters nearby, training on speed skates. They let me participate in their training and in this way I started inline speed skating. 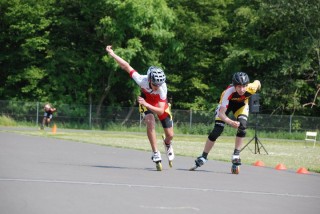 Half a year later I moved to Copenhagen and stopped skating again. I participated in one Friday Night Skating, a social event, where blockers and the police guide hundreds of skaters through the streets of Copenhagen.

I finally got interested in skating again one winter day and started searching for a club nearby. This was the start of a very intense relation. February 2010 I started and watched the Danish Championships a few weeks later. I thought “I want to participate in the championships as well!”. So I started training much more and had my first competition in May 2010. Summer 2010 I participated in a trainer course and 8 months after I started in VRK (Vesterbro Rulleskøjteklub) I was trainer. My involvement continued to speed up and after becoming a judge as well, I got elected into the Danish roller skating unions sports committee. 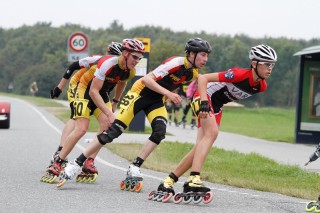 The same year the I was co-organizer of the Copenhagen Inline Challenge in July 2011. A crazy project which also involved the coordination of a big school project and almost had me fail one of my courses at university (I almost spent no time with studies). After the Copenhagen Inline Challenge everything slowed a little down. Not for long though, because I also got involved in more trainings and after the summer break I found myself being coach for both kids and adults.

In November 2011 I then got the offer to become part of the Danish talent development, where I train together with all of Denmark’s best speed skaters.

2011 I  also got elected into VRK’s management board. This is very I reached a steady state, because I couldn’t handle any more tasks. After a very intense spring with a lot of training for international competitions, I started to cut down on my training to be able to handle all the tasks that I’m involved in. It’s really fun to make a difference for the club, but it also means that the original purpose for registering for the club got lost, because I’m doing very little speed skating on my own.

Through the heavy involvement in the Copenhagen Inline Challenge, I also got involved in other events, like the Copenhagen Challenge (now: Ironman Copenhagen) and another, smaller, roller skating race called Ørestads stafetten. Through the work for the sports committee I now have written several employment contracts before I have ever been employed myself. 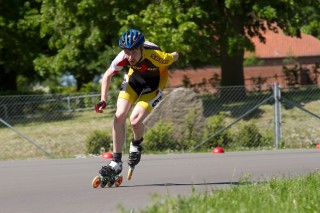