This is for now the last part of my home automation project. As you can see from the pictures below, I have drawn wires across the room to put all outlets, relays and of course the Arduino board to the places I had planned. The Arduino is at the entrance where I can scan my MiFare tag on entering and leaving and I have put up a new lamp, controlled by the relay. All wires are hidden as good as possible, so it looks quite nice in my opinion. 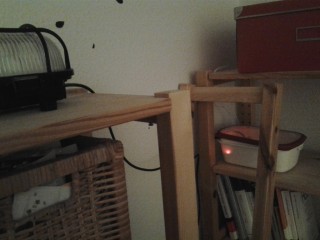 I spent much time today adding the security features to the project. From one of my former project for the “Practical Cryptology” course at DTU I know that the MiFare Classic tag hasn’t the highest standard of security, but on the other site, it’s in practice more secure than a physical key for example. If someone wanted to break into my room, they would find a way, one way or another and picking locks seems to be an easier solution (even if I never tried myself (but I would like to 😉 )) than trying to break the key of my MiFare tag.

The security consists of the following

But the tag is not the only point of attack (duh!), the telnet server is quite outdated in terms of security, but on the other hand the Arduino is not powerful enough for fancy encryptions, though I was considering to implement a stream cipher, but then fell back to a more simple and less secure solution. In order to avoid everyone on the network to control the Arduino through telnet, I have added a password, which has to be appended as prefix to every command, i.e. the command has to look like this: PASSWORD1-on, in order to turn on device 1. Since this is going to be send in clear text over the network, two options are available:

The password is also stored on the Arduino and is checked, when a new command is submitted. Again the full password is checked character by character to protect against timing attacks, even if the Arduino doesn’t react to wrong passwords, and hence not much timing information is available to an attacker.

All code is available here: home_automation_part3.zip 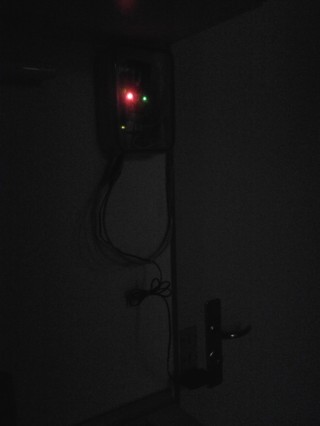