This is the last short post from Korea, tomorrow I head westwards. I spent the last day of 2013 walking along the Cheong-gye-cheong stream from one of the first bridges all the way to the Han-river. Here are a few pictures. 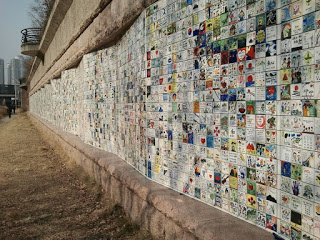 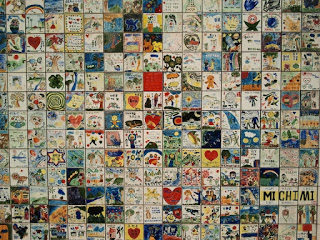 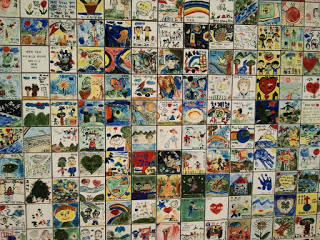 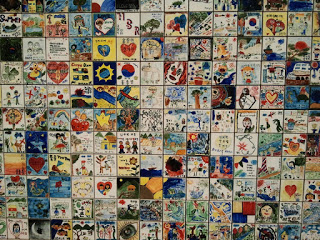 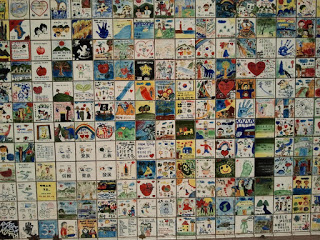 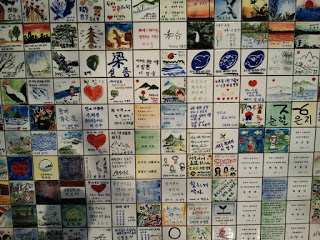 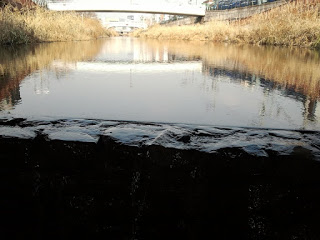 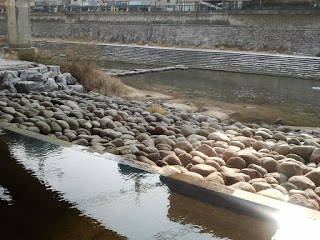 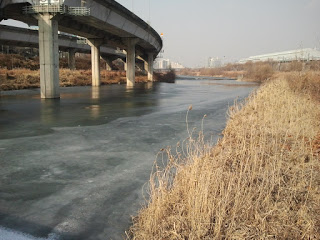 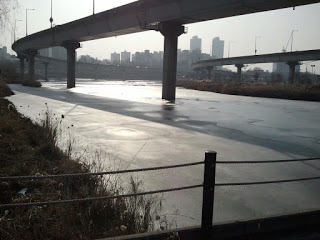 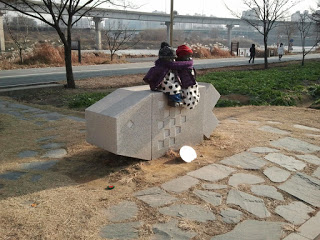 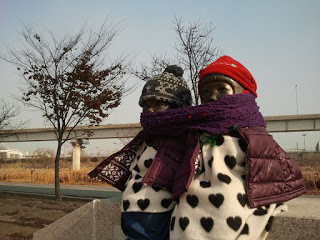 They even have lanes for inline skaters: 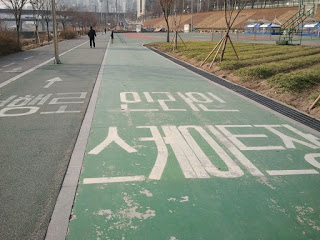 Unfortunately the lane is only 300m long and ends with an inline rink similar to the rink in Daejeon: 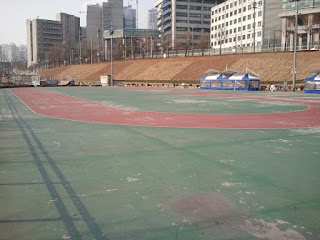 In the evening I went to the Namsan mountain to have a good look over the city to see all the firework. This was a huge disappointment. Except for a public firework nearby and a public firework far in the distance I only saw 3 private rockets (which went: phheeee blub), so basically no firework in Korea. The locals mostly stayed at home. At least I got walked my 5 km walk afterwards, to get to the next subway station… (could have been much worse if I hadn’t had GPS)